Staying at Waiorongomai is a real experience for its wonderfully secluded rural feel and the extensive history behind the property. 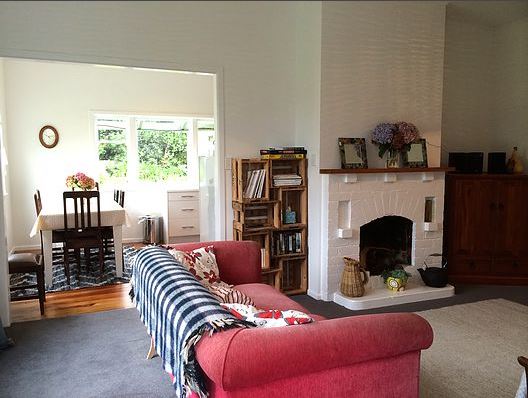 There are several accommodation options including the 90 year old homestead which sleeps up to 20, Ratanui Cottage with four bedrooms and Sam's Cottage is a single bedroom and lounge.

Charles & Elizabeth Matthews arrived in Wellington in 1842 on the ship London. Their first son Edwin, died during the voyage, aged 9 months.

Sheep for Waiorongomai were originally shepherded around the south coast from Wellington. At the notorious Muku Muku Rocks, each sheep had to be manhandled through the rocks and along the beach between tides. Life was much easier after the 1855 earthquake when the rocks were lifted well above high tide making the passage safer for shepherds and stock.

The Waiorongomai Romney Sheep Stud was started in 1875 by Alfred Matthews and is the oldest stud in New Zealand.

The church was built in 1927 by the children of Alfred and Hannah Matthews as a memorial to their parents. It was Alfred Matthew's desire to have an ecumenical church as a place for the whole community to use and to serve as a memorial to the pioneers of the district and to all the families who have worked on Waiorongomai.

The headstones of Charles and Elizabeth Matthews are to the right of the main drive in front of the church.

Speckle Park Cattle were established at Waiorongomai in 2009 as the first of the breed in New Zealand. Speckle Park beef is a well marbled beef which is tender and of excellent flavour.

No pioneer New Zealand family has lived and worked their farm longer than the Matthews of Waiorongomai. Every generation has contributed to the development of Waiorongomai with the conservation of the native bush, wonderful bird life and to the success of a well balanced farm.

"In the history of the universe we're all dots; in the history of New Zealand, Waiorongomai and the Matthews family are as one; one entity: lives and land locked together as the professional caretakers of a farm that has responded to their care and commitment."

"...there's a responsibility to preserve Waiorongomai in a way that honours all the hard work of earlier generations. It's a legacy to be passed on."

WAIORONGOMAI: THE LAND AND THE PEOPLE