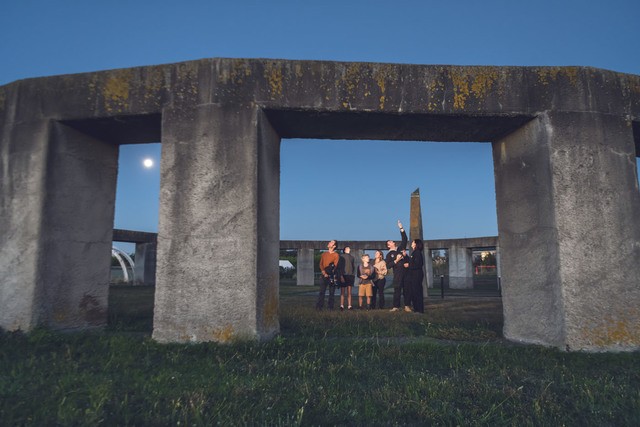 Stonehenge Aotearoa is New Zealand's only open air hands-on astronomical observatory. Situated in the Wairarapa countryside close to Carterton, just over an hour from Wellington, it is built on the same scale as Stonehenge on Salisbury Plain in England.

Stonehenge Aotearoa is a modern observatory that connects people with their sky and the cycles of nature: solstices, equinoxes, Matariki observances and is the perfect stargazing tool at night. Because the observatory was created to incorporate ancient Egyptian, Babylonian and Indus Valley astronomy, Polynesian navigation, and Celtic and Maori starlore it is also an archaeoastronomy site. Archeoastronomy looks at how people in the past have understood the phenomena in the sky and how they used these phenomena and what role the sky played in their cultures.

The stones welcome people of all cultures, beliefs, faiths and religions. From that perspective, Stonehenge Aotearoa is also a window into the past, where the visitor can rediscover the knowledge of their ancestors.

What can you do at Stonehenge Aotearoa?

Take yourself on an astronomical journey through time and space with:

Stardate
Friday 17 - Sunday 19 February
A three day convention of talks, workshops and observation sessions presented by The Phoenix Astronomical Society and held at Stonehenge Aotearoa, for everyone interested in the night sky from beginners to experienced astronomers. Check out the full programme here and register as soon as possible by email to secretary@astronomynz.org.nz

Why we need dark skies

Stonehenge is the perfect tool to learn about our beautiful dark sky of Wairarapa, which hopes to become the largest dark sky reserve in New Zealand. Why is the night sky important and what would it mean for the community to have a dark sky reserve here? Light pollution affects our environment, wildlife and human health and is a waste of money as the light goes up to the sky. Human health is affected by blue light at night. Unlike other types of pollution, light pollution is easy to fight, as all we have to do is keep the light at night to levels that are not damaging the environment and ourselves. Light pollution now affects much of the world and it is estimated that 80 percent of the world's population lives under skyglow. According to the International Dark Sky Association, in the United States and Europe 99 percent of the public can't experience a natural night (IDA, 2020).

Our sky in Wairarapa is so dark that the Milky Way, our galaxy, is visible from horizon to horizon. We experience the sky as our ancestors did thousands of years before the invention of artificial light. With so many stars, it is easy to get lost. Before astronomical observatories were invented, to make sense of the sky, people built henges, just like Stonehenge Aotearoa, which is unique in New Zealand.

See their website for tour details, bookings, current opening hours and special events. Private tours are available at any time by arrangement.

Opening Hours:
Self guided tours between 10am and 4pm (around 30 minutes) are available: Feb to May inclusive - Wed to Sun; June to August - weekends; Sept to Dec 23 - Wed to Sun; Closed Dec 24,25,26 then open every day from Dec 27 to Feb.
Phone:
06 3771600
Email:
nzstarlore@gmail.com
Website:
https://stonehenge-aotearoa.nz/
Check out their Facebook page here

Book a bed in Carterton 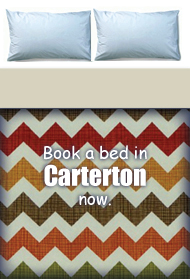