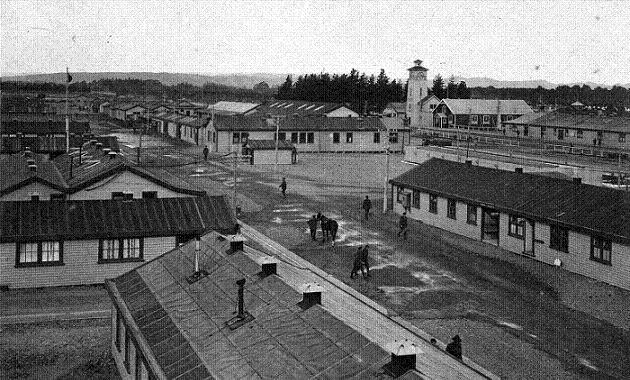 At the end of July 1915 the Defence Department acquired land between Featherston and the Tauherenikau River to build a new training camp for the NZ Expeditionary Force. Here's a good map to see the layout of the military camp in relation to current roads.

One thousand workmen were on site by December.

The barrack camp, housing 4500, and a tent camp across the road opened on 24 January 1916, with men from Tauherenikau Camp marching to their new home.

Featherston Military Camp was NZ's largest training camp with over 250 buildings and helped prepare 60,000 men for service in World War One.

Infantry usually trained 6-8 weeks here while mounted riflemen and artillerymen did virtually all of their training at the camp.

As well as 90 barracks there were religious institutes, a canteen, soldiers' club, hospital facilities, stables and shops. 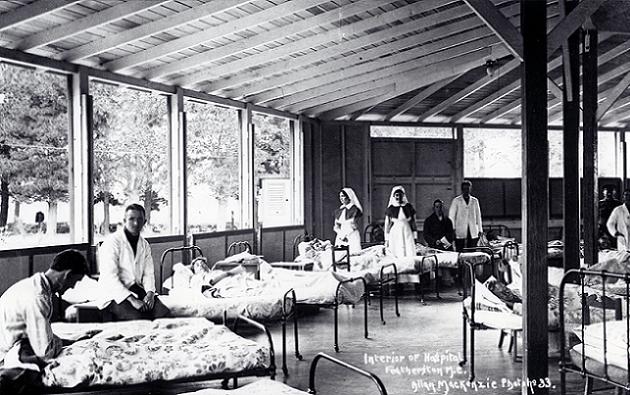 Men drilled and worked at the training grounds close to camp, and route marched and rode further afield.  At times there were almost 10,000 men training in Featherston, Tauherenikau and Papawai at a time.

When training finished at war's end, the camp was used briefly as an internment camp, tuberculosis and venereal disease hospital and an ordinance store for equipment from the war.

It was dismantled in the 1920s, some buildings reused in the Wairarapa and some moving to other defence bases. Only concrete foundations remained by 1930.

243 soldiers died during the camps operation, with over 160 dying in the influenza epidemic in late 1918.

The site, retained by the Defence Department, was used as a Japanese prisoner of war camp from 1942 - 1946, with about 800 inmates.

Find out more about

Back to self-drive tours

All this information has been supplied by Neil Frances at the Wairarapa Archives. If you'd like to know anything further please contact david@wairarapanz.com.